In connection with the Chinese Mid-Autumn Festivities and with the start of the rice harvest in Hungary, the Confucius Institute of the Faculty of Humanities of the UD held a conference titled “Rice in China and in Hungary” on Saturday in the settlement Gyomaendrőd.

The conference and its related program of events were hosted in Szent Antal Népház és Művelődési Ház [Saint Anthony Folk House and Cultural Center]. This is the same location where the Chinese Lunar New Year Shop-Window Exhibition had been held earlier at its fifth venue, following Debrecen, Hajdúszoboszló, Hajdúnánás and Budapest, arranged jointly by the Confucius Institute of the Faculty of Humanitites of the University of Debrecen, Tianjin Foreign Studies University, Tianjin Academy of Fine Arts and the city of Gyomaendrőd.

The focus and central topic of the recent conference was rice, the national crop and salient foodstuff of the far-eastern country.

“The most characteristic features of a people are their food and diet culture. As an ethnographer, I believe that rice means the same to the Chinese as bread does to the Hungarians,” said the Dean of the Faculty of Humanities of the University of Debrecen in his online opening video message. Róbert Keményfi also underlined the following: the central topic of the conference enjoys a huge cult of its own because rice has indeed become an internationally recognized symbol by today, representing the entire Chinese culture. 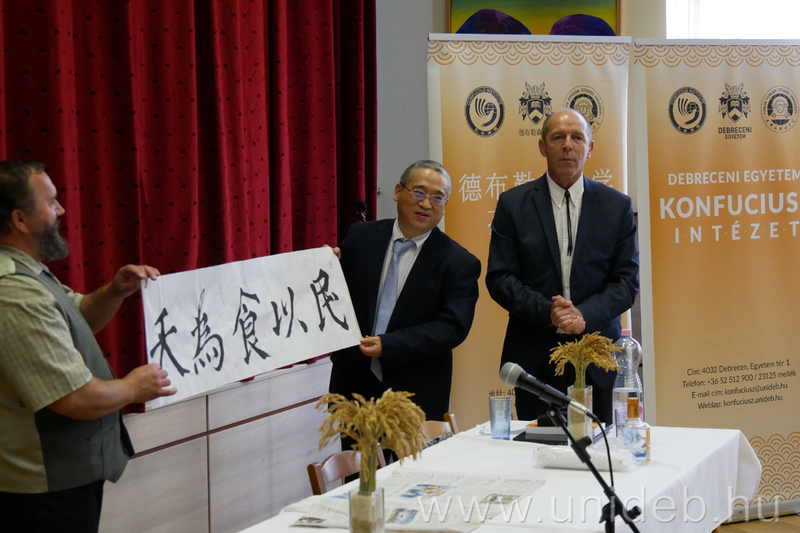 The Ambassador of the People’s Republic of China to Hungary welcomed the participants and congratulated to the organizers of the conference in an official written message.

The series of talks was opened by Dr. Pál Csontos, the Hungarian Director of the Confucius Institute of the Faculty of Humanities of the University of Debrecen, presenting the history and activities of the Debrecen CI and thanking the leadership of the city of Gyomaendrőd and Museum Director István Szonda, without whose contributions this conference would not have been possible. He also added that, in the upcoming years, our Confucius Institute would be resolute about arranging and sponsoring further scholarly and educational events in cooperation with the hosting settlement. 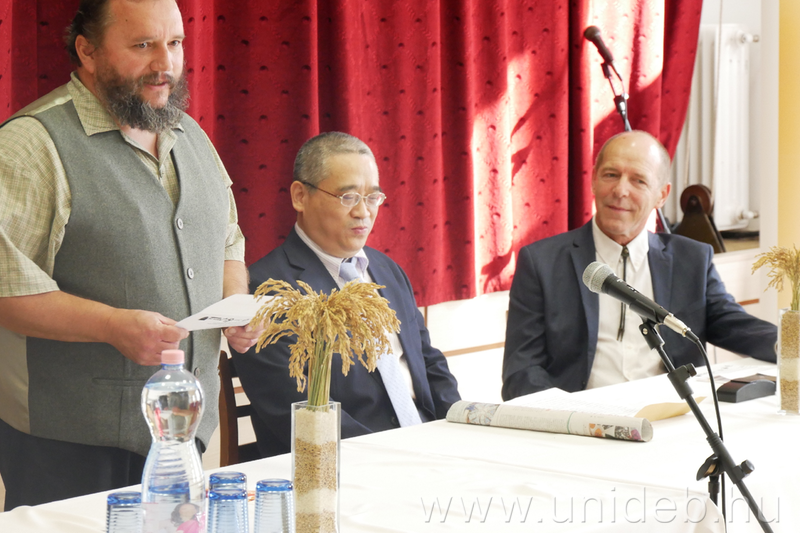 “Rice is a staple food for Chinese people. In Asia, China and, specifically, South China the average diet is sometimes possible without vegetables but never without rice,” said Dr. Cui Xianjun, the Chinese Director of the Confucius Institute of the Faculty of Humanities of the University of Debrecen. He introduced the nutrition and dieting habits of his home country by recalling his childhood memories, adding that the second brain of human beings is in fact their stomach.

There were several scholarly presentations delivered at the conference on a number of different topics, ranging from the history and perspectives of rice production in Hungary, the spread of rice varieties in the Great Plain region and the overall role of rice in nutrition and in different national cuisines. 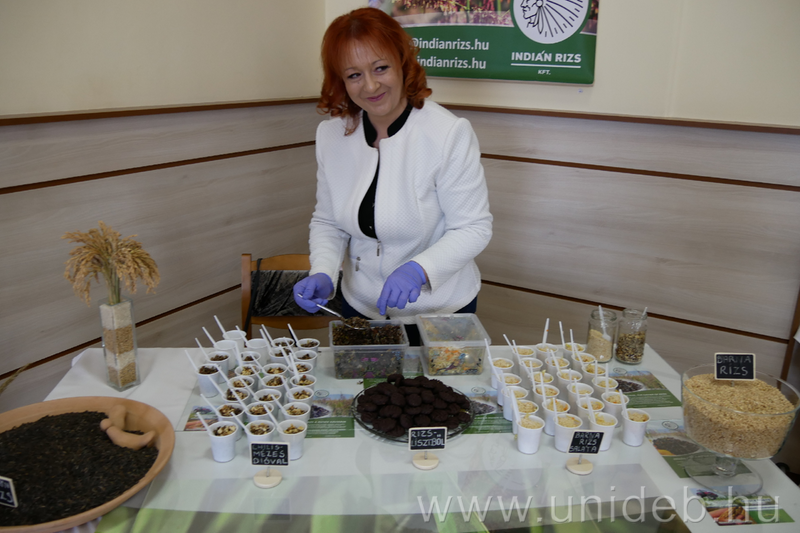 The latter topics were all the more interesting because in Békés County and, specifically, in Gyomaendrőd, the establishment of rice cultivation had started as early as the 19th century.  Among the favorable environmental conditions, the experimenting spirit and endurance of the local producers has “borne fruit” by today: one of the largest and most modern rice producing enterprises in Hungary is located in the vicinity of the southern settlement. It is headed and operated by Máté Giricz, whose paternal grandfather had been the founder of the state-of-the-art plantation.

As a popular part of the official program, a food display and presentation corner was arranged by Magdolna Giricz for the participants, who could try and taste a variety of rice-based dishes prepared according to several traditional Chinese recipes. 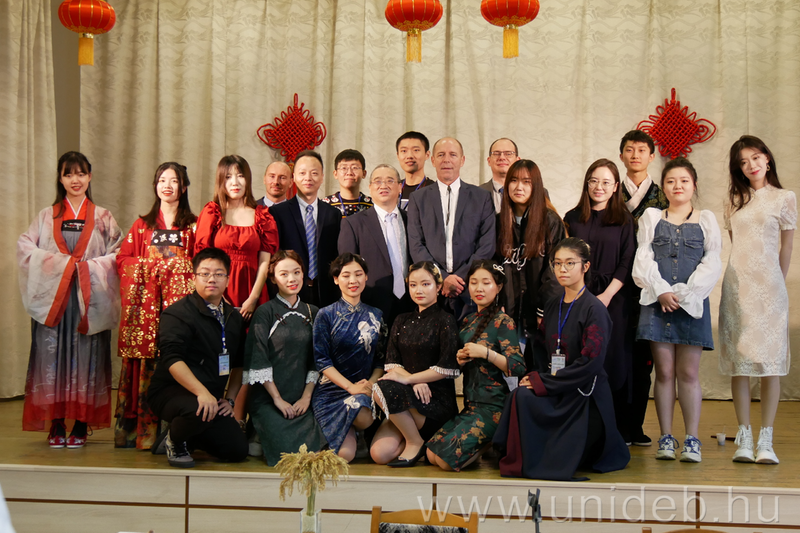 The conference was concluded with a stage performance by the members of CSAD, Chinese Students’ Association of Debrecen, in which the sound of “the Chinese piano” (gu zheng), accompanied the songs and dances of the performers, who were clad in traditional Chinese costumes.

© 2022 University of Debrecen - All rights reserved
created by: