The hearing-enhancement implants have been activated and the two children who were operated on at the University of Debrecen in August can now hear sounds. They were the first in Hungary to receive the special hearing aids, which also greatly help speech development.

Inner-ear implants using state-of-the-art sound processing technology were first applied in Hungary at the Ear-Nose-and Throat Clinic of the University of Debrecen in both ears of two children, one of them 18 months and the other three and a half years old. On September 24, six weeks after the operation, the external units were installed and the hearing aids activated. The hearing of one of the children, Benjamin, was intact at birth and he learnt to speak. Last year his parents noticed that the little boy’s hearing was gradually deteriorating and in the past year he could not hear at all and did not speak. Traditional hearing aids did not help, but when the newly developed hearing enhancement implant was activated in his ear, he could immediately hear the sounds of the outide world. 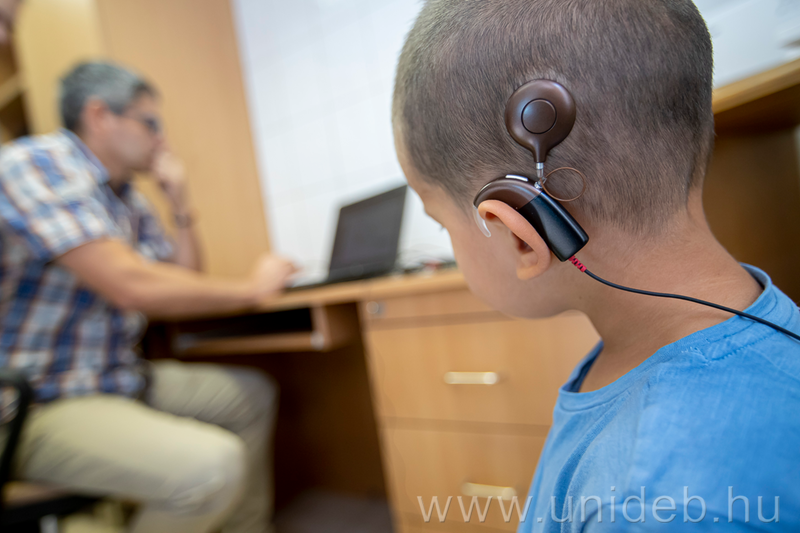 - Every child responds differently to the moment when they can first hear sounds. Benjamin was very cooperative and patient. He concentrated hard, watched what was happening and his behaviour revealed that he could hear sounds/voices, Szilárd Gyula Rezes, director of the Ear-, Nose- and Throat and Head and Neck Surgery Clinic of the University of Debrecen told hirek.unideb.hu.

The newly developed implant of Oticon Medical in Denmark was jointly adjusted by Polish specialist Robin Turek and Ferenc Kunkli, an electrophysiology engineer at the University of Debrecen.

- When activating the hearing aid the sound and volume are gradulally increased. We watch for the child’s reactions. Based on their eye movement and changes in their behaviour we adjust the minimum hearing threshold. The electrical stimulation triggering the hearing experience is adjusted in each lead of the electrode to make sure it is not distressful for the child, i.e., they can hear the sound but it does not reach a level that is already stressful for them, Ferenc Kunkli explained. 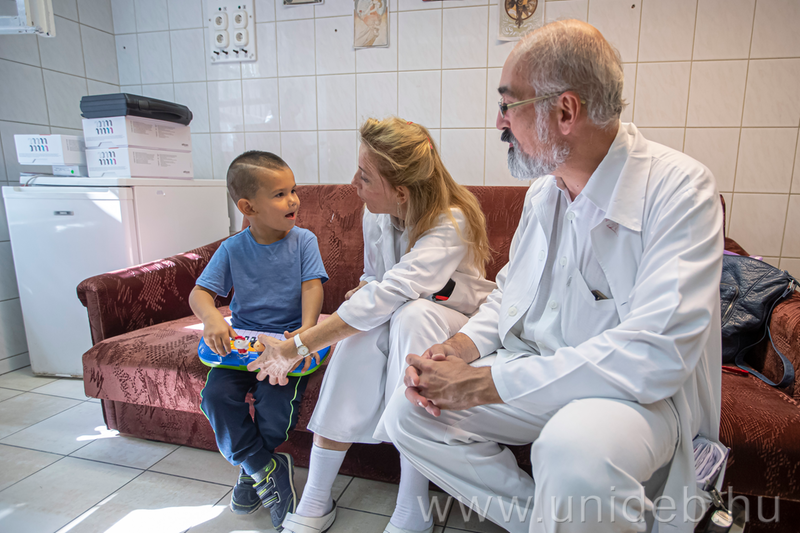 The initial adjustment is followed by regular tuning and fine tuning to optimise the operation of the device to the child’s auditory paths. The hearing aid must be adjusted monthly for a year based on the changing auditory threshold and comfort level.

- As the child develops, their auditory threshold will hopefully improve since the auditory paths will be subjected to symmetric training on either side. However, their speech comprehension will greatly depend on the adjustment of the device and continuous practice, Judit Szilvássy, audiologist of the Clinic’s cochlear implant team said. 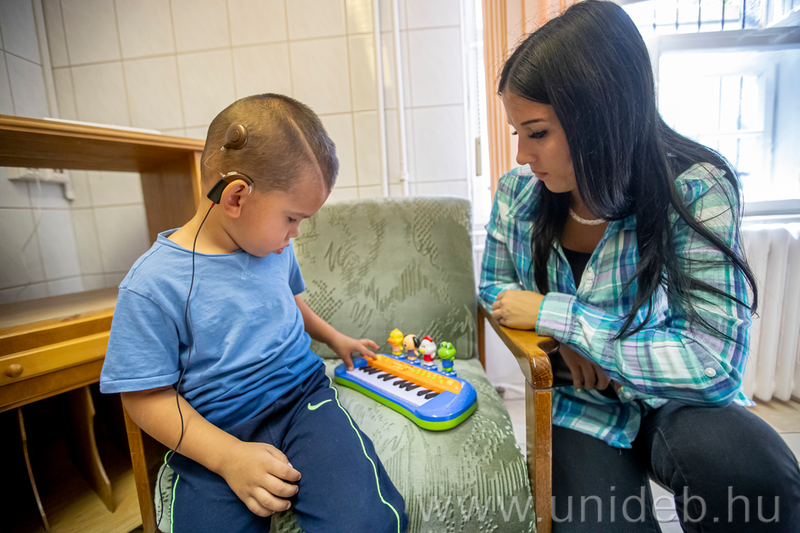 The specialist of the University of Debrecen explained that this is a long and difficult process taking up to 4 or 5 years in which parents also play an important role along with clinical specialists (IT specialist, audiologist, speech specialist).

One of the special features of the new hearing enhancement implant is that it promotes effective speech comprehension even in noisy evironments, enabling  faster speech development. But for the device these children would probably have remained deaf and completely silent throughout their lives.