Home Academics On the boards - in Canada

On the boards - in Canada

DESzínház, the acting company of the University of Debrecen will represent Hungary at the International Amateur Theater Festival to be staged this year in New Brunswick, Canada, between August 27 and September 1.

Vígkarma company of DESzínház will give a single performance on stage, playing Übü FC - the Final, rightly popular among Hungarian audiences, too.

Twelve people will represent the acting company at the most prestigious world festival of amateur acting companies, staged in a different venue every year.

– In addition to hard work, the invitation is due to a guest performance in the Ukraine beause it was there that the Hungarian Theatre Association picked up on the production of DESzínház, Zsigmond Lakó told hirek.unideb.hu. The director of the acting company said that all travel expenses will be covered by the University of Debrecen with accommodation and food paid for by the organising International Amateur Theatre Association  (AITA/IATA). 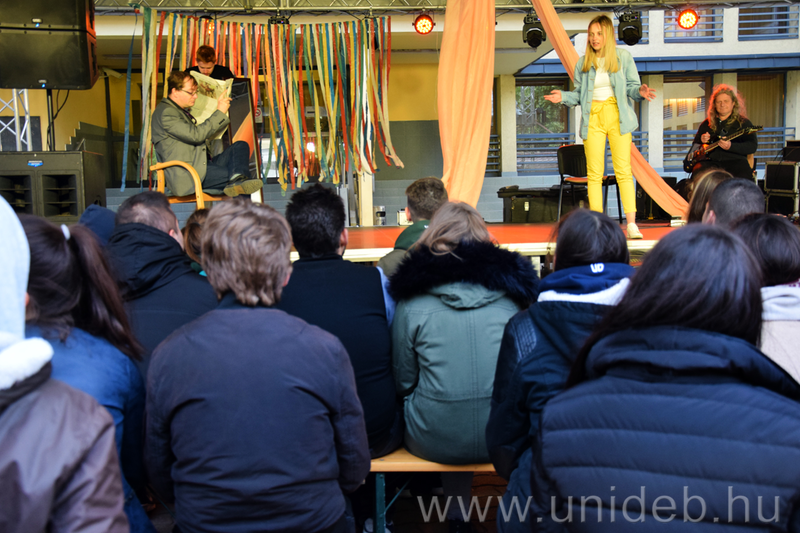 Members of DESzínház are students of open traning sessions led by Gábor Halmi, director of Übü FC, as well as those of the drama pedagogy course led by Zsigmond Lakó. These two groups account for the continuous replacement of older members by new ones.

– Of course we also have amateur actors, former members of the company, too, among our midst who have already graduated from university but do not want to give up acting, Zsigmond Lakó added.

The acting company will return from the festival on 2 September, thus in September and October they will be appearing in front of  Hungarian audiences. Between October 17 and 19 The University Acting Companies’ Meeting will be held in Debrecen for the seventh time.