The project coordinator of AfricanBioServices recently gave a lecture at the Faculty of Agricultural and Food Sciences and Environmental Management (MÉK) on his research conducted in East Africa. Eivin Røskaft also offered students the opportunity to participate in Norwegian nature preservations.

AfricanBioServices, one of Norway’s largest EU-funded nature conservation projects, conducts research in the Serengeti Plains National Park in Tanzania, with the involvement of 12 institutions. The African-European scientific network works on topics including the overpopulation of Africa, the resulting exploitation of natural resources, climate change, as well as the management of various human-animal conflicts. Eivin Røskaft, professor of biology at the Norwegian University of Science and Technology (Trondheim, Norway) gave a plenary lecture on the results of network to members of the Béla Tormay and the Kálmán Kerpely Honours Colleges. 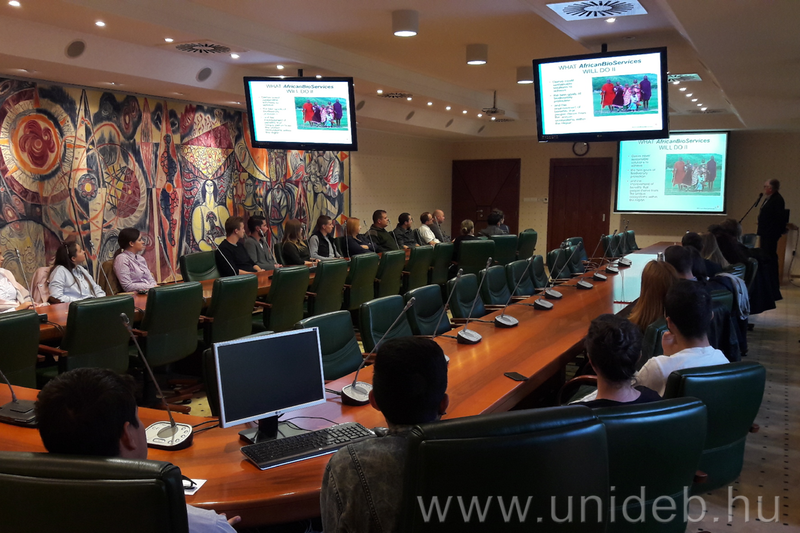 “The population of Africa increases by 2-3% annually, which is the highest rate of increase in the world, and the majority of the people live in extreme poverty, many of them on less than 1 USD per day. This puts extraordinary pressure on natural habitats and on biodiversity. A further problem is political leadership, which in most cases puts individual interests ahead of the community. Tourism, including eco-tourism does mean a significant source of income for certain African countries, but the fair distribution of such incomes does not occur in most cases,” said Eivin Røskaft. 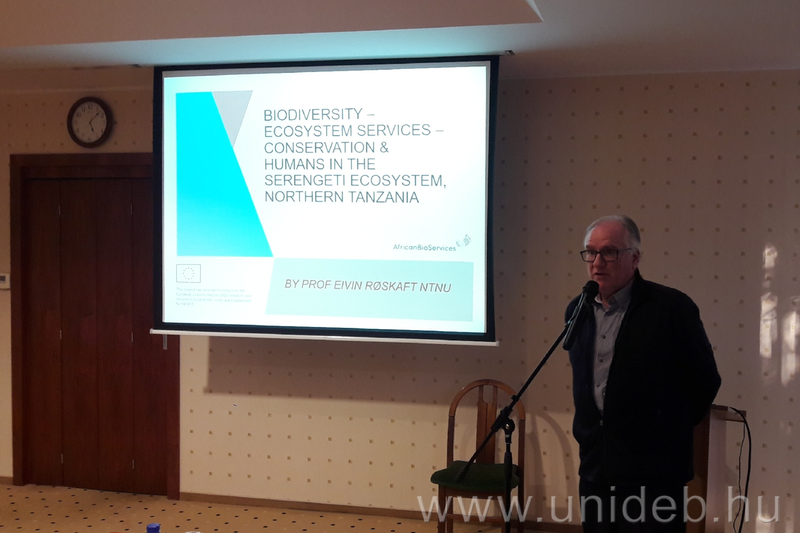 “Hungarian students may also participate in nature conservation research projects in Norway. One of the locations is Røros, a former mining town famous, in addition to its assets of cultural history, also for the coldest temperature ever recorded in the country (–50.4 C°), as well as the fact that Norway’s longest and most voluminous river, the Glomma River originates from the vicinity of the town. The applicants would have to regularly check an area containing almost 200 nest boxes and to perform bird-ringing and related activities for three months. Of course, in addition to the above, there are also opportunities for hiking, as well as learning more about the flora and fauna in Norway,” László Kövér , associate professor at the Faculty summarised. 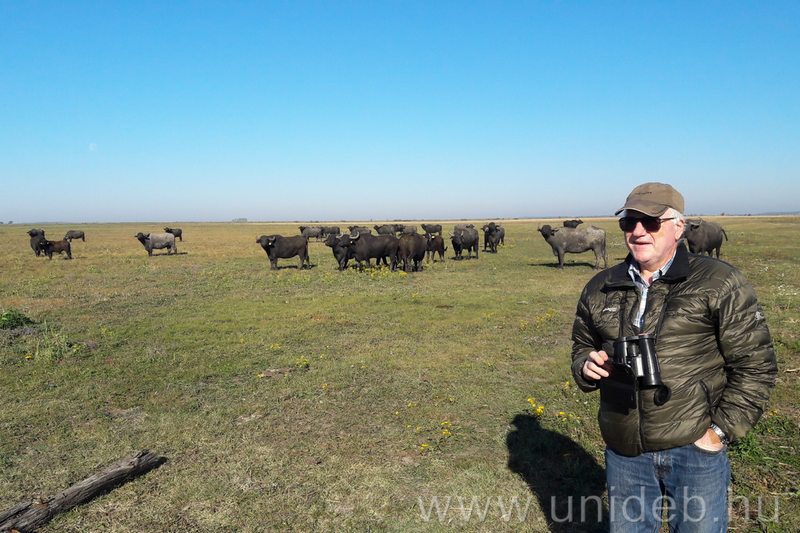 During his stay in Debrecen, Professor Røskaft also visited Debrecen Zoo, the Hortobágy, the Main Building of the university, the Botanical Garden, and participated at yoUDay, the stadium show launching the new academic year.

Further information on the professor and the project in Africa is available at the following links: