UniPass – more than a card

DEAC és UniFit-pass, library card or dormitory key, means of payment and a card granting you discounts all in one – the UniPass card, available to the citizens of the University of Debrecen free of charge, now has even more functions.

The university cards have been produced on a large scale since early September. Similarly to the past 3 years, once again more than 4000 freshers received their UniPass cards as they registered for their first year. Instead of the usual biweekly production cycle, due to the start of the new academic year, hundreds of new cards are being printed weekly at the Card Management Centre of the University of Debrecen. UniPass has an unbroken popularity, especially as several new functions were added also in the past few months which make the lives of students and others affiliated with the university easier both on and off campus.

“It can be used as a library card, as a key to enter a number of classrooms and buildings, including several dormitories, as well as an access card at the gates when parking with motor vehicles on the campuses. The Lifestyle Development Club membership fee was introduced in the last academic year. Starting from this academic year, a new service was added to the offering: in addition to a pass to the UniFit gym, those with a membership can also purchase a pass for the games of DEAC with significant discounts. Since the university card stores these passes electronically, it can also be used as entry access cards in both cases,” said Andrea Fülöp head of the centre. 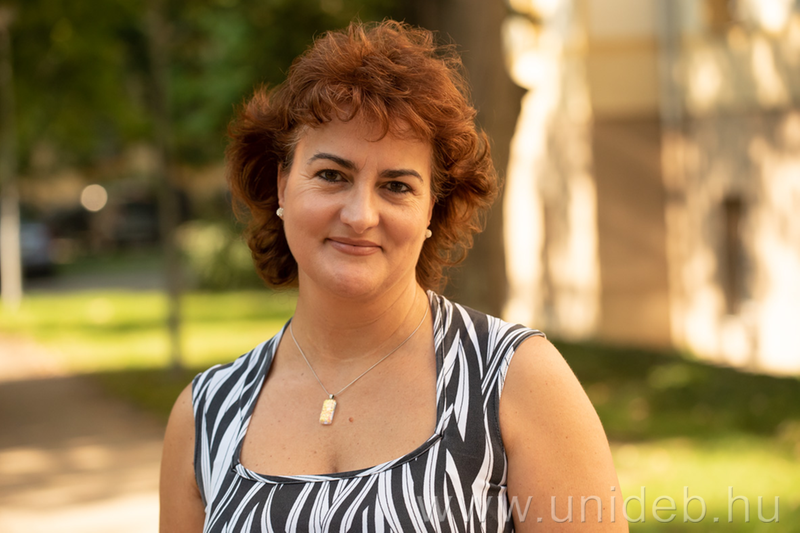 The payment system was launched in the spring of this year. With this service, now the university card can also be used as a means of payment at the cafeterias, snack bars, clubs on campus, and also at the festivals affiliated with the university, as the Water Tower and at Campus Festival. Cardholders can top up their cards in advance, prior to making a purchase, through their profiles on the website or via the UniPass App, using a bank card, or at the designated card top-up points, using cash or a bank card. The university card can be used for gaining access to events. It was first used for this purpose in the “Employee Derby” in June, where it made the entry of thousands a participants a smooth process.

The UniPass card allows its holder free entry to the Botanical Garden of the University of Debrecen, and it also entitles them to a discount at an increasing number of places. Some of the most popular among these are the discounts offered by Libri bookstores, the DIY store Praktiker, Főnix Events Organiser, as well as stores in FÓRUM shopping centre, but the employee discounts offered by Aquaticum Debrecen SPA are also increasingly popular. 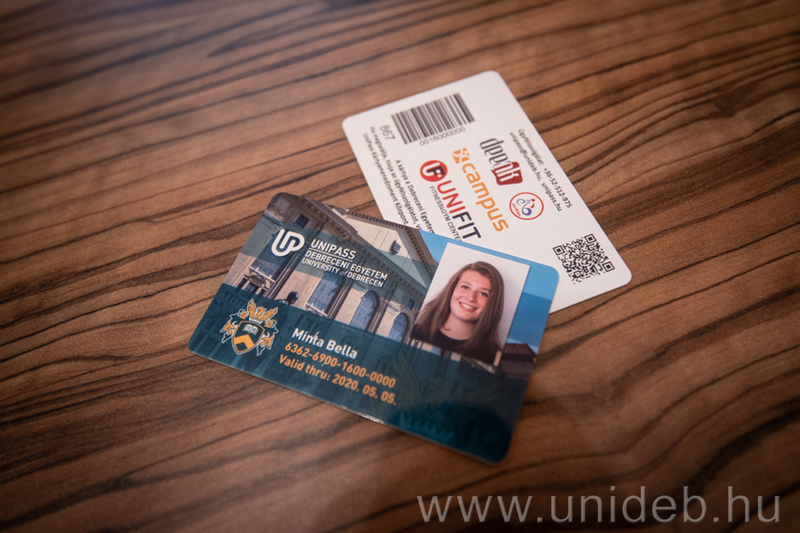 The UniPass cards can be ordered year-round by all university citizens – active employees and students alike. The card is free of charge when initially issued, and can be used for a period of five years. The process of ordering is very quick and simple: it requires logging in at the https://unipass.hu/ website with into the Profile, using the network ID and password, uploading a passport-type photograph and choosing from 21 different backgrounds. The registration process is also supported by an e-learning material available in Hungarian and English.

”A new feature since this summer is that we now laminate all cards in order to make them more durable. On order to make the convenient services, cardholders must activate their UniPass cards using the CVV code on the back side of their cards. More than four thousand cards will expire this year. 60 days before the expiry date, cardholders receive an e-mail message about the possibility of requesting a new card and the procedure they need to follow. All necessary information is available on our website and our Facebook page, but inquiries can also be directed to our customer service,” said Andrea Fülöp, head of UniPass Card Management Centre.