As the hosting institute of EECERA’s 2018 conference, the University of Debrecen was accommodating more than 1000 participants from 62 countries of 5 continents in Budapest. The main topic of the conference that was the role and importance of families and communities in early childhood development.

The 28th conference of one of the leading professional organizations specializing in early childhood research in Europe, EECERA (European Early Childhood Education Research Association) was organized for the first time in Hungary by Debreceni Egyetem Gyermeknevelési és Gyógypedagógiai Kara (DE GYGYK) [Faculty of Education for Children and Special Education Needs]. Between August 28 and 31, there were 4 plenary lectures delivered at the conference in addition to 188 presentations and 139 poster presentations.

At the opening press conference, which was held in Budapest’s Nemzeti Múzeum [National Museum], Tony Bertram, President of EECERA, said he was satisfied with the fact that the conference could be held in Hungary. 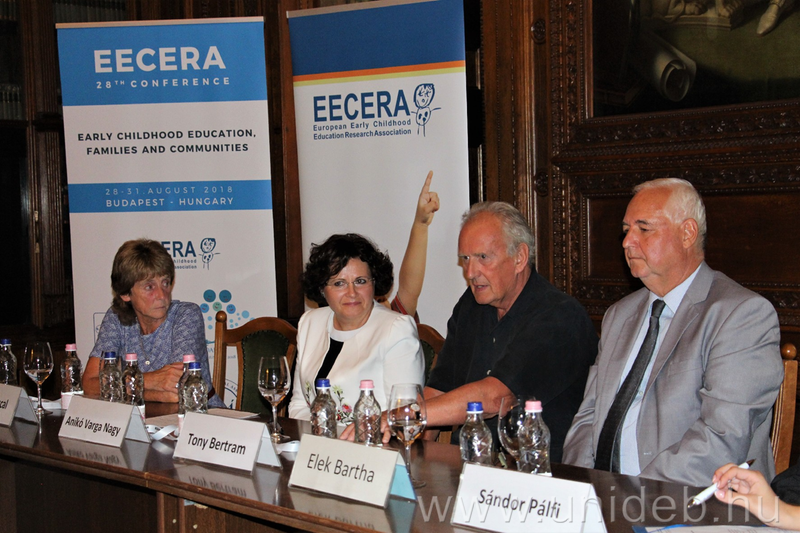 “The theme of our conference is Early Childhood, Families and Communities. We would like to present the early childhood education approaches and practices available in Hungary as clearly as possible to researchers coming from all over the world. This is why we put a lot of emphasis on the complementary professional events, with the help of which the participants can learn more about the work conducted here,” said Tony Bertram.

With this academic and professional event, Hungary has earned a place in the list of countries where researchers of early childhood development from all over the world come together from time to time. The conference venue was provided by Budapesti Műszaki és Gazdaságtudományi Egyetem [Budapest University of Technology and Economics], but the entire organization and the required professional background for the conference came from the University of Debrecen. 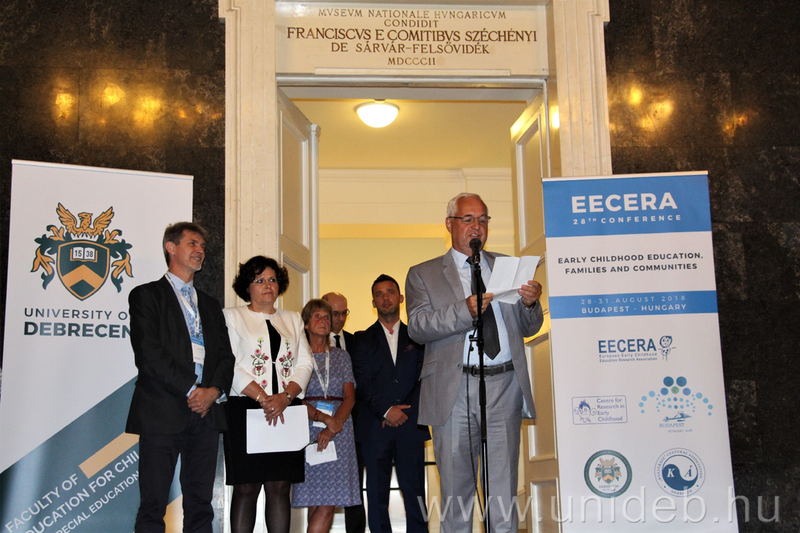 “I believe that the Faculty of Education for Children and Special Education Needs of the University of Debrecen has come to an important milestone in its history. The right to organize a conference like this itself is an acknowledgment of the fact that it has covered a lot of ground both in the field of science and in practice. This is also an important indication towards the rector and the overall management of the university about the fact that there is serious academic work going on at this faculty. This conference will provide the researchers of the relevant field to expand and improve their international relations, too,” said Vice-Rector for Academic Affairs Elek Bartha.

In fact, Hungarian researchers had indeed contributed extensively to the professional program of the conference.

“It has been our intention to call the general attention to the most direct scenes of childhood education and to the communities that surround them, representing the external educational and socializing influences nowadays. We wish to make the new practice and the colorful varieties of the cooperation between values based on commitment and the changing social environment a part of public knowledge shared by all,” said Conference Chairman Sándor Pálfi, an instructor of DE GYGYK. 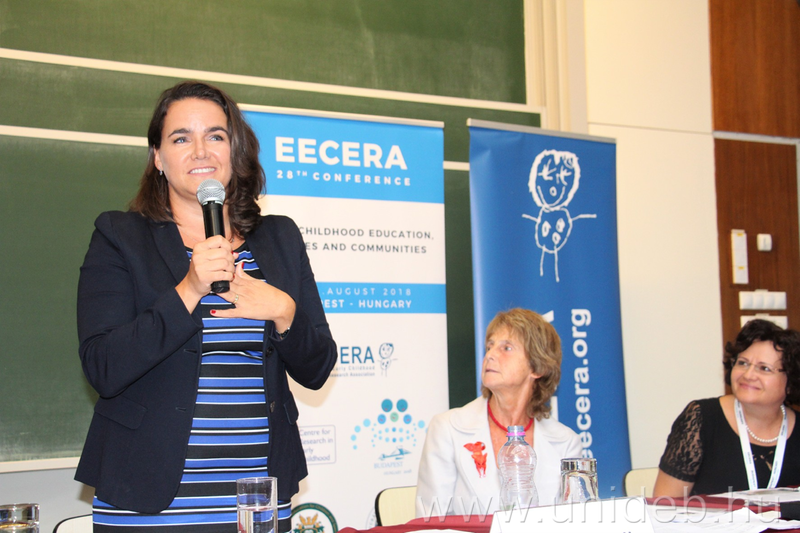 The Hungarian Minister of State for Family and Youth Affairs, Katalin Novák, also gave a talk at the conference, in which she emphasized the right of children to grow up in a family.

“It is essential that children should grow up in a family and an environment where the appropriate bodily, spiritual, and intellectual development possibilities are all available for them. In Hungary, parents can choose the methods for bringing up and educating their children,” said Katalin Novák.

The organizers had also prepared several complementary professional activities for the conference. The participants could take a tour of nurseries and kindergartens located in Budapest, and there was a special exhibition arranged for them on the history of early childhood development facilities in Hungary as well as on illustrations in literary pieces written for children. In addition, they could learn and practice Hungarian children’s songs with the help of the students from DE GYGYK. As a joint venture with Kiss Áron Játéktársaság [Áron Kiss Hungarian Society for Play and Toys], they could prepare special dolls called Fruzsi-baba and they could also try playing with Hungarian-made wooden strategic toys. 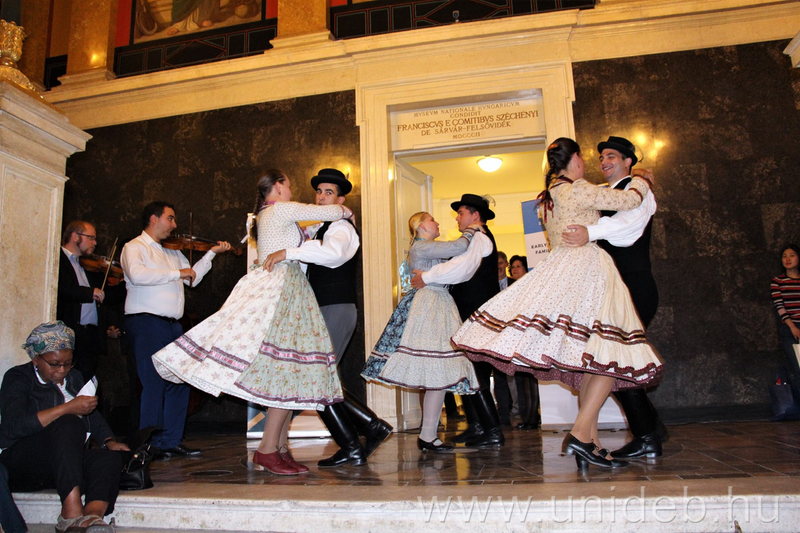 “28 years ago, the number of participants at the first conference was a hundred and fifty, whereas today it has reached a thousand. For us, this is a big step forward to have so many experts on early childhood education registered at our conference. We are content that the hosting institution this time could be a university where there is a specific faculty responsible for majors and disciplines that focus on early childhood education,” said Chris Pascal, Co-Chair of EECERA. 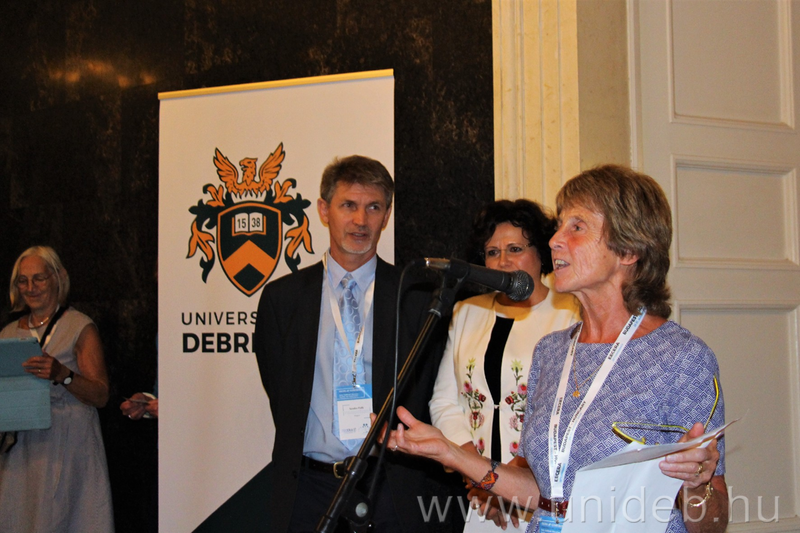 “We are happy that we could host the conference this year because we also celebrate the 190th anniversary of the foundation and opening of the first ever pre-school institution in Hungary and in the whole of Europe by Countess Teréz Brunszvik,” said Anikó Vargáné Nagy, Deputy Chair of the conference.

For the task of heading the organizing committee, Debrecen’s KultúrÁsz Közhasznú Egyesület [KultúrÁsz Non-Profit Cultural Association] was asked. The work of the organizing team was also assisted by interns, student volunteers, and staff members of the University of Debrecen. 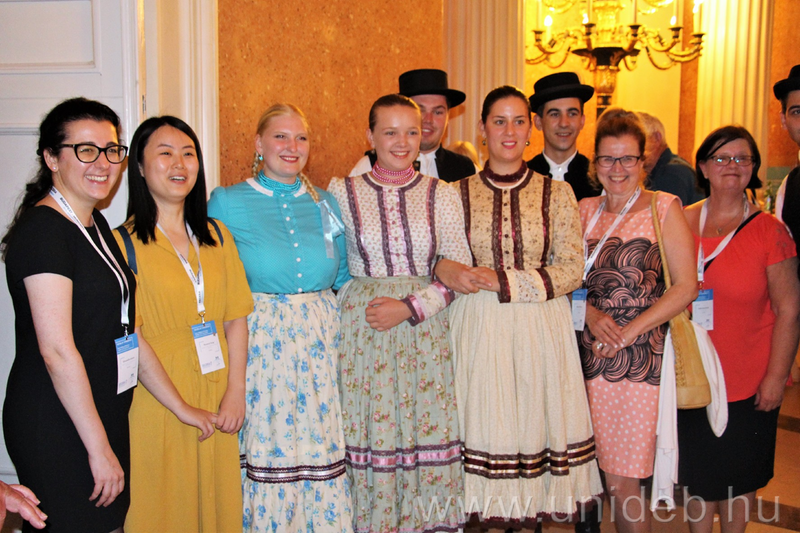 In addition to the traditional lectures and poster presentations, an interesting innovation about the conference was the first appearance of the so-called shorttalk in the schedule of events. In this case, as the name suggests, the person giving the talk does not present a complete research finding in the form of a lecture or a presentation but rather just a concept about one of the issues in the field of early childhood education whose significance has not been supported by any research yet. Thus, the objective of shorttalks is to present new angles and aspects while seeking for support, expert opinion, and further inspiration.